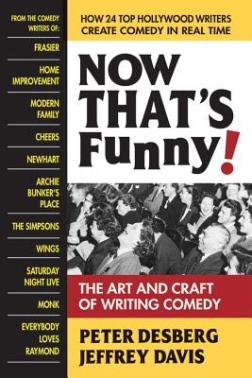 The Art and Craft of Writing Comedy
By Peter Desberg & Jeffrey Davis
Published by Square One
Buy from:

There is a feeling of pure delight that comes from laughing out loud while watching a hilarious movie or a TV show. Yet as funny as these lines may be, they are the work of people you will never see. The magic behind any comedy hit begins when an idea is hatched in the mind of a comedy writer and is then put down on paper. And while few of us are privy to this fascinating process, for writers Peter Desberg and Jeffrey Davis, the challenge of observing and understanding how comedy is born has culminated in a unique new book, Now That’s Funny! Desberg and Davis provide an intimate look into the minds of twenty-four of Hollywood’s funniest comedy writers, who have given us such shows as:

There’s Something about Mary

How do you get to see the creative wheels turn? The authors’ premise was simple: Using a Q and A format, they provided each writer with a story idea and let them run with it. Each of the writers was told there were no rules, no boundaries, and no limits! Because everyone started with the same concept, the authors could see how some writers jumped in and began creating, while others asked lots of questions; how some writers stuck closely to the premise, while others turned it on its head. What emerges is an entertaining look―illuminating and hilarious in turn―at the creative process behind hit TV shows and movies.

If you’re one of the millions who have enjoyed watching the work of comedy writers, here is an opportunity to go behind the scenes and see the madness unfold. Now that’s funny! 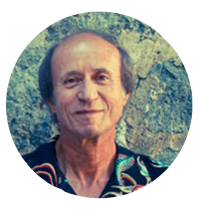 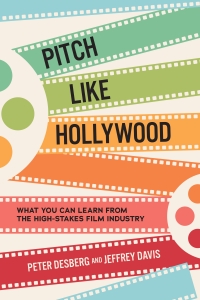